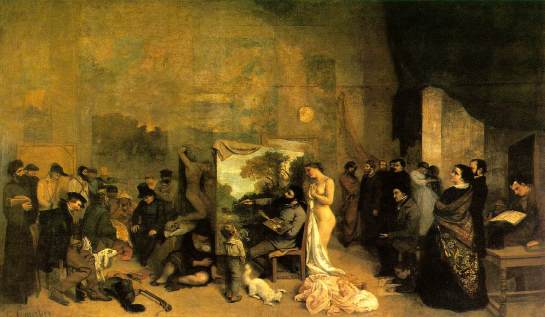 “Every act of creation is first an act of destruction”

“I’ve done some collaborations which have ended up like Chinese whispers, but the most successful was with Tilda Swinton… Together we transcended our previous work and made something better together than we could have done apart.”

At art school, we were visited by a psychologist who took us through a series of games. One of these involved all the students in my year working together on the floor on a single huge painting. We were supposed to start in our own small corner and then grow outwards until we reached and began to interact with our neighbours’ work. For most of us this collaboration began as gentle embellishing – a kind of non-verbal, flirtatious artistic foreplay – before becoming a more involved, even passionate dialogue of decisions and shared, messy materiality. One of us though was unable to ‘play the game’ (and unwilling too – he had a visceral and much to be admired hatred of anything that hinted at coercion). Unable to control himself and against all our desperate attempts to repel his efforts, Napoleon-like he had the irresistible urge to conquer all, and so subsumed and obliterated everyone else’s marks until he had assimilated the entire canvas and made it his own creation.

You could take different messages from that anecdote. He was an exciting young artist, and he might have gone on to make some great work if he hadn’t died relatively young. The college bedroom in which he worked was a notorious mess and his paintings, full of obliterated and layered images and motifs a little like Sigmar Polke’s, emerged out of this fertile and anarchic chaos. So my story could feed on the ancient myth of the artist as the double-headed god (but never, ever a goddess) of destruction and creation. You could on the other hand say that he was an asocial young man with some anger issues and a big ego; or one might simply draw the conclusion that visiting psychologists shouldn’t be allowed to play games with young art students’ minds.

“We do experience the world in very similar ways. We both seem to possess a scepticism towards set rules, conventions and power systems. The political aspect for us is not something that derives from a cerebral exercise, but rather from actual experience. It is more a posteriori than a priori. Our feuds are more concentrated on practical matters and aesthetics. It can perhaps be compared to a functioning marriage or relationship where the basic complicity is all in order, but you still have minor disagreements.”

(Elmgreen and Dragsett, interviewed in The White Review by Ben Hunter and Nicholas Shorvon, October 2011)

Reading through interviews with long-standing artistic duos – Fitch and Trecartin, Gilbert and George, Elmgreen and Dragsett, Jane and Louise Wilson, Mirza and Butler – the predominant theme that snakes itself through so many of the questions and answers is the issue of power. Elmgreen and Dragsett, in the passage quoted above, draw on the analogy of a good marriage or well-founded relationship,

“… where the basic complicity is all in order, but you still have minor disagreements.”

In answer to a question about how they deal with ideological differences, Elmgreen and Dragsett are talking in a pragmatic way about how their creative relationship functions: most of the time it’s an easy give-and-take. Other pairs describe a similar ease, and either a shared aesthetic or theoretical standpoint. Here are Gilbert and George:

“WW: Describe your collaboration. Who’s responsible for what, and do you ever argue when you make art?

George: It’s not a collaboration. Yes, we are two people, but one artist.

Gilbert: Because we are always together when we work, so the images, the ideas come. We don’t know exactly when they come and how they come — they invent themselves without us being involved.

WW: Would you call it the third mind?

Gilbert: Yes, the spirit between us.”

(Gilbert and George, interviewed by Slava Mogutin in Whitewall Magazine, 2012)

And here are the Wilson sisters who, once they have fended off the interviewer’s inevitable questions about a possible mystic twinship bond, describe how their minds follow similar paths:

Jane Wilson: “It’s always interesting, when we’re filming, to see what she’s pictured and what I’ve pictured. I will say to her, ‘Oh, you went for that corner. Oh, I was going to go for that corner.’”

Both Gilbert and George and the Wilson Twins describe a kind of middle space between their individual sensibilities, the meeting ground in which their creativity takes place.

What social factors, or changing art world structural forces, might have opened up this space for artistic collaboration? Well we can speculate. Did you notice any factors in that random list of artistic duos I cited a while back? Elmgreen and Dragsett – former lovers now working from a position as close buddies; Gilbert and George, long-standing couple; Trecartin and Fitch, immersed in the Los Angeles queer counter-culture that generates their roller-coaster films; Jane and Louise Wilson, women artists and twins. Otherness (as defined by historical norms) runs through the list. It’s an open goal to shoot at, and perhaps an oversimplification – but these practices do all offer a challenge to the historical, patriarchal model of sole male artist in his studio, communing with the Immortals. In a filmed interview with Douglas Aitkin, in a section of the conversation dedicated to empowerment (during which Aitkin comes up with a good image of a pyramid as the accepted model of art, with artist sitting at the pinnacle of a hierarchical mound), Ryan Trecartin says:

“Without the viewer the art isn’t really there.”

And, about art’s future:

“TV, movies, games, the art world, writing, journalism gets all kind of merged into creative programming, the intersection of all those things. It won’t be a hierarchy, I don’t think.”

I think there may be something very interesting being suggested here, which is worth considering when we look at the jointly created pieces in ‘Mysterious Objects at Noon.’ Trecartin works not solely with Lizzie Fitch, but with a much larger team – film-makers, writers, musicians etc. Is he suggesting that the collaborative nature of his work, in which a whole range of voices, sensibilities, and media are drawn upon, in turn sets up a relation between that artwork and its viewers that is in itself more collaborative: that the democratic empowering of different creative voices working together engenders empowerment, and active participation, on the part of the audience? Is the structure of an artwork’s creative process reflected in its form, and subsequently in how it communicates?

In their White Review interview, Elmgreen and Dragsett speculate on the possible factors in their choice to work collaboratively:

“Are artists interesting people though? … In general artists are just as boring as who-have-you. This is not necessarily a bad thing – it can bring art closer to the general public. If people understand that artists are just like themselves, they might be more open to the ideas that artists deal with – the science of art. We never had any wet dreams about becoming artists. Somehow we both came into this through a trapdoor somewhere, without proper education or artistic background. Maybe that’s why the notion of authorship has been of less importance to us. Of course – also as a pair – there is a backstory that one never can escape – we are both homosexual men from social democratic, Scandinavian countries – but hopefully people are not reading our work exclusively according to such parameters.”

See how Elmgreen and Dragsett’s stated wish to “bring art closer to the general public” (and their widely expressed desire for accessibility and the democratisation of art) echoes Trecartin’s foregrounding of the viewer as active participant. These two statements by artists almost as different in sensibilities and cultural contexts as it is possible to imagine, collide and lead on to a final aspect of collaboration. So far I’ve been looking mostly at duos – the basis on which this exhibition, ‘Mysterious Object at Noon’ is built. Other artists have pushed the boundaries of hierarchy even further, and have enlisted casts of hundreds, not as extras but as participants. In ‘When Faith Moves Mountains’ the Belgian artist Francis Alys co-ordinated 500 volunteers, each armed with a shovel, to form a line across the crest of a great sand dune outside Lima, and to ‘move’ the dune by 10 centimetres – a poetic metaphor on the long, complex and sometimes apparently hopeless journey of Peru out of dictatorship and towards democracy. The film of this process includes some stirring testimony by participants to the sense of empowerment they had experienced:

Ai Weiwei in his project for the Tate Turbine hall, ‘Sunflower Seeds’ engaged 1,600 artisans in Jingdezhen (the town that once made the imperial porcelain for over a thousand years) to manufacture the ceramic seeds. Again, the documentation of this, perhaps more problematic participatory project includes interesting testimony from the participants:

And at the far end of the rejection of the traditional role ascribed to the artist, Jeremy Deller, the instigator of many participatory projects says,

This has taken us a long way from the ten artists showing here, and from the five experimental, spontaneous projects that make up ‘Mysterious Objects at Noon.’ The artists have to speak for themselves; some of us may go back to the studio, and the pleasure and creative focus that solitude can give, perhaps seeing our process and practice in a fresh light. Or we may decide to collaborate again, maybe in different permutations and under different structures.

Collaboration is empowerment, I believe. Artists collaborating together (as duos or as collectives) may still find themselves, as Elmgreen and Dragsett ruefully reflect, a part of the existing art system, but nevertheless, perhaps acting together they might stand a better chance of taking at least some degree of power over their art practice and its dissemination. As Charles Darwin is supposed to have said (but actually didn’t – this in itself an Exquisite Corpse of attributions):

“In the long history of humankind (and animal kind too) those who learned to collaborate and improvise most effectively have prevailed.”

And finally, a word of warning from Edwin Land:

“Politeness is the poison of collaboration.”